One of the positive parts of being at sea in The South Atlantic is the abundance of beautiful sea birds. I’m not a great sailor but to be able to see Giant Petrels, Black Browed Albatross, Cape Petrels and Antarctic Terns ( all photographed above) to name but a few is a real bonus. In addition we saw Wilson Storm Petrels, Wandering and Royal Albatross, diving and blue Petrels – the list goes on and on. I’ll save that for another time.

I have been fortunate to see Albatross before but the first time you are looking up towards the sky to check to see where it is and then suddenly as one comes into view it’s confirmed then you can’t mistake one for anything else. With a wingspan between 2 and 3 metres it gracefully soars above the water as it gets lift from the wake of the ship. Absolutely beautiful in its grace.

The snow petrel ( photographed above)is another resident. It’s only one of three birds that exclusively breeds in Antarctica. On this occasion using a very fast shutter speed ( 1 /8000th of a second) I’ve captured the pure white of the bird against and almost equally white sky.

There’s no time to be bored on a ship – standing with the binoculars at the stern, in amongst the regular followers there is always something new to see. 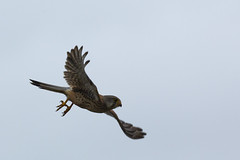 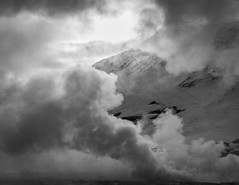